With VEC cooperating with the researchers of the country, Japan has been participating in the survey since its launch in 1999.

In the survey of 2012, 69 countries (the results from India and Jamaica are not included) participated. The survey result prominently showed the low level of entrepreneurship attitudes of our country, calling for the need to increased public awareness of the topic. 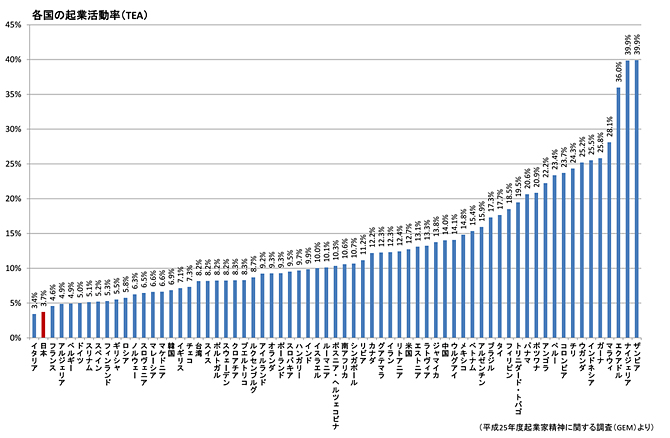 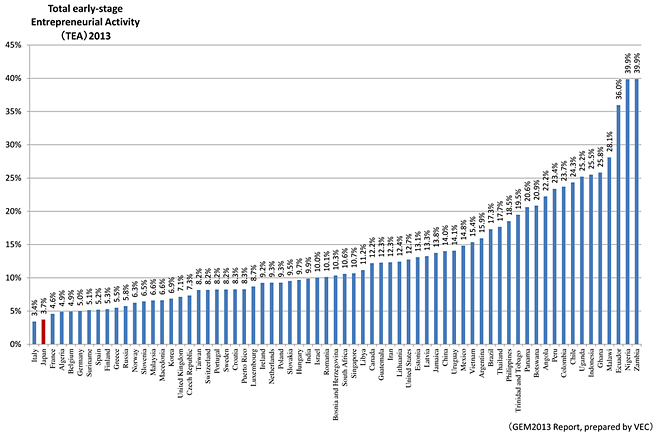 ※Click on the image to enlarge it.

Ministry of Economy, Trade and Industry:http://www.meti.go.jp/